Philip has served as the senior pastor of Community Church now for the last seven years. He has seen quite a bit of change in the church’s local neighborhood; but he has also seen the Lord do some amazing things through the church. Virtually unknown in the community a decade earlier, Community Church has not only become well-known in the neighborhood, but well-loved.

One of the highlights of the year is the church’s annual spaghetti dinner—a dinner provided to the people in the neighborhood free of charge, the entire dinner bought, prepared, and served by people in the church. The dinner has proven to be effective; when a neighbor would ask a church member, “Why are you doing this?,” the church member would answer, “Because we want you to know that Jesus loves you, and that we love you too!” While not happening with everyone who eats, those opportunities  to tell the neighbors about the love of Jesus made the church come alive. 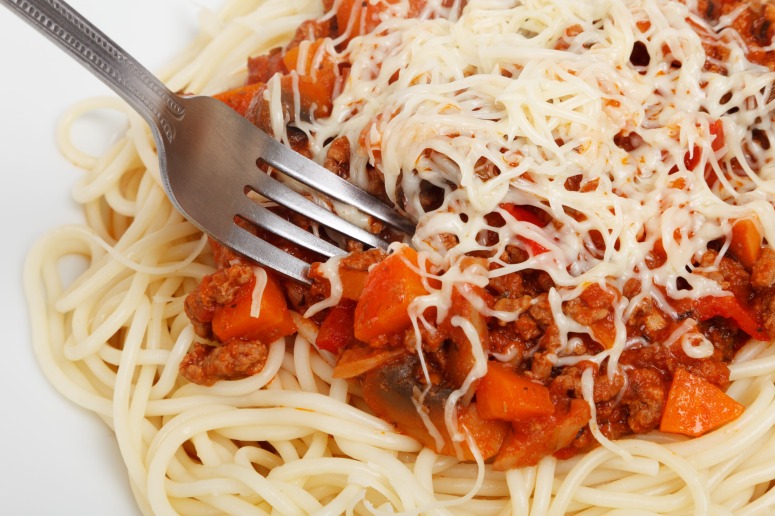 Time was drawing near for the dinner, and the planning and the preparation had already begun. Philip was excited; the people had been regularly praying already for the event, and many had actively been inviting their neighbors to come and join in. As he sat at his desk sorting through the mail, Philip’s mind was thinking about his own neighbors, namely the new family that had just moved in a couple of doors down. He and his wife had already taken a plate of cookies down to them so they could introduce themselves to them; maybe they could invite these new neighbors to eat some spaghetti!

As he sorted through the mail—tossing out the ads and the junk mail—an envelope caught his eye. It was from the state capital: some sort of government notice. As Philip opened it, he found that it was from the state’s Commission Against Discrimination. Wow, Philip thought, I didn’t even know there was such a commission.

As Philip read through the letter, a cold surge of adrenaline surged through his body. This commission was hereby announcing a new law that would take effect starting at the first of next month. The next part of the letter made Philip fall back in his chair.

The new law stated that “All persons, regardless of gender identity, shall have the right to the full and equal accommodations, advantages, facilities, and privileges of any place of public accommodation.”

Philip re-read the sentence. He knew that there was a lot of talk going on about bathrooms, and about allowing transgendered people access to whatever bathroom they want to use. Wasn’t the big department store over in the shopping center doing something for that, like making a new bathroom for that?

“That’s not what this says! It says ‘public accommodation.’

Just then, Philip’s phone buzzed. It was a text from his pastor friend: “Call me.”

When his colleague answered the phone, Philip had to put the phone away from his ear a bit. “Did you get that letter from the state?”

“Well, yeah, but I don’t exactly know what all…”

“Well let me tell you what it means. Do you see that phrase ‘public accommodation?’ That means that if a church has something that they invite the public to attend, they have to let guys that want to identify themselves as being female into the women’s restroom. They could be in a stall right next to a little girl!”

“Are you sure? I mean, we’re a church; don’t we have freedom of religion rights and all that?”

“That’s not what this says! It says ‘public accommodation.’ That means that if churches do something that is open to the public, they have to accommodate everyone!”

Just then, Philip’s computer dinged. New email. The announcement banner indicated that the sender was a lawyer who had represented a number of area churches in the past over First Amendment issues. The subject line: New Law Threatens Churches

Philip quickly opened the email. The attorney sending the email summarized the new law, and explained the threat to the churches in the state. He explained that while the state attorney general and the anti-discrimination commissioner have stated that the law would not apply to churches, the lawyer warned that a lawsuit against a church could wind up in front of a judge who believes that anti-discrimination laws trump the laws protecting the freedom of religion.

Philip told his friend he had to go, and then closed up his laptop. Wow, he thought. Here we are with our spaghetti dinner, and the state now has a new law that might make me and the church vulnerable to lawsuits, and maybe worse!

Philip went into the worship center to pray. “Lord,” he prayed, “I know that You are the One who made man in Your image. I know that You made man male and female; that’s what Your word says. I know that You don’t make mistakes when it comes to making people male or female. But here is this new law, and it is saying that I have to acknowledge as truth something that You clearly say is false and wrong. What do I do?”

If you were Pastor Philip, what would you do?

Why a Blog on Salt? 2 Reasons